Childish Gambino’s track “This Is America” went viral, but there are plenty more eye-opening tracks which address the absurdity in our society which need the same amount of recognition, such as Hip Hop artist Issa Bibbins’ single “Hands Up (Please Don’t Shoot).

The track features the deft evocative talents of Sam Jones, Daniel Callahan, Mekell Cartel, SWADE. And together, they created one of the most grounding tracks on police violence and irrational fear of people possessing melanin I’ve ever heard.

While there’s plenty of lyrical conviction in Hands Up, the calm and open question of “why are you so terrified?” in the chorus is utterly ingenious. It’s a gentle but resounding way of pointing that the hate and fear are unjustifiable. Instead of creating an N.W.A.-style single born from aggression, Issa Bibbins opted for a far more effective approach. We certainly won’t be forgetting it in a hurry.

You can check out the official music video to Hands Up for yourselves by heading over to YouTube. 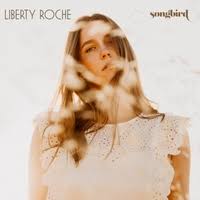 Liberty Roche has a vocal style so powerfully ethereal that as soon as you start to hear her stretch the notes in her latest release, you almost come to wonder how sweet every song you’ve ever come to love would sound in her capable vocal dynamics.

Even though the orchestrally rendered soundscapes are stripped back for you to fully appreciate the piercing magnetism of Liberty Roche’s voice, the ballad which the up and coming songwriter has created could never be described as easy listening.

There’s nothing easy about ingesting a sound so powerful, instead you’re left in an arrestive state and with the inkling you’ve just stumbled across the epitome of talent with her debut EP “Songbird”. There’s a chance that you will have already heard the title track under the deft vocal command of Eva Cassidy, yet there are also offerings of original tracks which prove that Liberty Roche truly is a force to be reckoned with.

You can check out Liberty Roche’s EP Songbird for yourselves by heading over to Spotify now.

Well, I don’t need to say it, Lilith Ai have said it themselves with the title of their latest single ‘Lit’.

The up and coming recording artist dropped their latest single on July 31st, 2018, and they’ve made it a little impossible to sum up their prodigal soundscape in words. LIT comes alive through the infusion of a myriad of genres. So, you can expect to hear elements of Pop, Trap, R&B, Shoegaze & Indie (I think that’s about it).

The vocals are some of the most individualistically inviting that you’re likely to hear from any up and coming artist this year, the quaintness of the vocal styling only added to the appeal of the single which has one of the most eclectic instrumental arrangements I’ve ever heard. The way the reverb-soaked, winding guitar progressions popped against the fuzzy trap beat isn’t something that I am likely forget any time soon. I have no doubt that Lilith Ai is an artist that can invite fans of every genre to appreciate her sound. It’s universally amazing.

You can check out the official video to LIT yourselves by heading over to YouTube now.