In 2021, it’s harder than usual to create everlasting positive memories, with timely their sophomore release, ‘First Time’, alt-electronic pop duo, Anaté, invite the listener to rekindle the magic of affable memories have become soured by embitterment.

First Time asks the listener to stop throwing previously cherished memories away by the wayside just because the co-creator of them is no longer around. It’s a difficult request to make, but through the celestially panoramic alchemy of this intrinsically stylistic feat of downtempo electronic pop, you won’t just feel yourself become open to suggestion. You’ll feel floods of nostalgic imagery finding synergy with the melodic tides of the sensual yet powerful release.

If the difference between Anaté’s debut and sophomore single tells us anything, it’s to always expect the unexpected. Yet, one constant is the depth of the lyricism which works alongside their intoxicating sound.

First Time may not fit the usual perennial pop earworm mould, but it’s all the more unforgettable for it. Anaté’s succinct command of melodies and ability to offer a resounding directness with their music will undoubtedly see them go far in 2021 and beyond. If you’re sick of artists who only scratch at the surface of superficiality with their music, it’s time to start paying attention to Anaté.

To revel in some amorous nostalgia for yourselves, you can check out First Time which was released on January 13th, 2021 via Spotify.

For more ways to listen and more information on the luminary duo, head over to their official website.

French artist Naud describes his music as ‘Melting Pop’, and while the pun might generate a slightly pained groan, the music certainly doesn’t; on reflection though, it’s a pretty apt description, ‘Snap It’, from Naud’s debut EP ‘Cames’ (which dropped on 31st October), being a bouncy swirling mixture of influences, combining Naud’s funk bass and guitar style with danceable beats, and electro style, and a heavily alt-pop swing to the arrangement and stop-start, sing-song, occasionally falsetto vocal.

Named, one assumes, with a nod to a certain French distillery on the isle of Pinthiers, in Pons, Naud describes his music as a mixture of cultural and stylistic influences, and ‘Snap It’ has the same kind of effect as his namesake’s signature gin and vodka, a heady intoxicating mix confounding the senses whilst remaining wholly pleasing and enjoyable; there’s a touch of Mika or maybe Beck to the track, in that whole ‘quirky, borderline kooky, non-conformist’ sort of way, and that’s entirely a good thing, allowing Naud free rein here to produce a glittering alternative pop track which effortlessly straddles the boundaries of pop, rock, and dance.

Lockdown has inspired artists in many ways. Christian Schormann created the perfect Pop track after witnessing the lack of leadership in the US during the pandemic. Sounds dreary right? Wrong.

In The Ballad of Captain T, disdainfully playful rage pours over the warmly resolving instrumentals which ooze soul-soothing choral appeal. Tracks such as The Ballad of Captain T can all too easily fall into the novelty category, yet, there’s enough nuance and prowess for it to easily diverge away from that pigeonhole. There’s a sincerity within the single, a sensitive understanding that the problems which the lack of leadership has caused have had a detrimental impact on peoples lives, and deaths.

In short, you couldn’t ask for a more perfect Pop single. The unexpected guitar solo was the aural cherry on the cake.

You can hear it for yourselves by heading over to SoundCloud now. 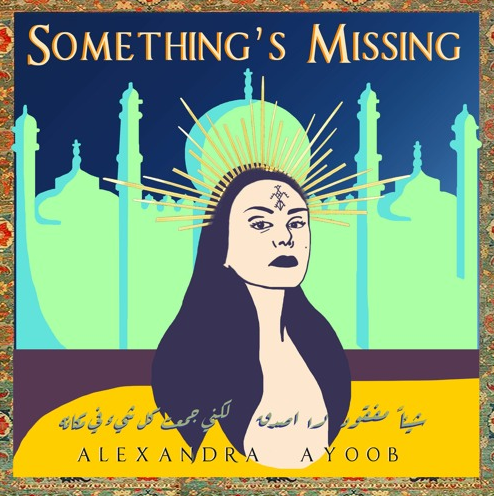 If you could imagine what a Hozier, Bjork and Billie Eilish mash-up would sound like, you’ll have a good idea of the kind of aural alchemy which Something’s Missing will throw your way.

Similarities aside, the almost overwhelmingly resounding distinction found in Something’s Missing. Through the style, performance and passion, Alexandra Ayoob set herself from any other artist around in 2020. She’s definitely one for the radar, no other artist parallels her ability to ooze sensuality and soul simultaneously.

Something’s Missing is due for release on October 3rd. You can pre-save or pre-purchase the track via this link.

Keep up to date with news of the release via Instagram.

Finding distinction within a Dance Pop track may be harder than finding a needle in a haystack, but you can’t help but be hooked in by Elta Wave’s magnetic personality in the danceable high-vibe hit. I should probably warn you now that the melody will stick to your synapses like superglue.

There are nuanced textures of Funk and Disco weaved into the contemporary mix which kicks off and concludes by throwing playful polyphonic notes your way. You’re instantly given the affirmation that Dance Floor Dance is an accessible from the first hit mix.

There’s no understating the commercial potential in Elta Wave’s sound. You’ll have to hear the infectious rhythms for yourselves.

You can check out Elta Wave’s dance mix by heading over to Spotify.

Pop singer-songwriter Deanna DeMola has just released her most compelling single to date with “Next Generation”. With her latest release, she tells the cynics, the doubters and the bitterly ageing populations just how the next generation is going to run the world.

With absolutely no hint of exaggeration (as a millennial) I can say that I’m infinitely more assured about our future which will soon be in hands of the next generation. The tone and the vibe behind Next Generation are just phenomenal, Deanna DeMola took a strong, levelled and unapologetic approach while also gently asking for understanding instead of seeking more conflict.

If you’re able to tear yourself away from the lyrics, you’ll find a stunning Indie Shoegaze-infused semi-orchestral arrangement behind the flawless notes in Deanna DeMola’s vocals. I honestly couldn’t love this single more, not only is it flawlessly radio-ready, but it also has the power to dilute some of the rage and anxiety which seems all too prevalent in our society.

You can check out Deanna DeMola’s single for yourselves by heading over to Spotify.

It’s strikingly meta lines such as “I lost myself when I looked for you” which puts Olivia Rees’ striking style leagues apart from any other up and coming Pop artist in 2020. With a nuanced infusion of Hip Hop in the rhythmically arrestive beats and plenty of bite behind her vocals, Darker Night is as distinctive as it is captivating.

It’s tangibly clear that Olivia Rees never set out to assimilate with this passion-soaked hit. It oozes with authentic creative ingenuity.

You can check out Darker Night for yourselves by heading over to SoundCloud.

With a video featuring a choreography of bodies dancing in writhing moves within an empty space as if they were pushing away the insecurities of an uncertain love affair, UK based singer-songwriter BRAVVN has dropped her new single What Happens Next.

What Happens Next is a suave interpretation of alternative pop with an anti-mainstream melodic catchiness, falling into the indie-pop category through lo-fi sounds and light-hearted arrangements gently deployed by the use of electronics.

Although musically akin to the likes of major artists such as Dua Lipa, BRANN has developed her own style through not only her music, but also her love of dance, video-making, and outfit design.

You’ll see her all-around talent as soon as you go check out the video for What Happens Next on Youtube.

Kansas City-based singer and songwriter IVORY BLUE has recently released ‘Elite Dreamland’ an incredible piece of music with so much potential.

When you listen to music and you instantly get hooked within the first few seconds, it’s safe to say it’s going to be a hit and that is the truth for this acoustic and melodic track. Embracing the Alternative Rock/Pop style, it’s safe to say that they sure know how to create a song that many will be listening to on repeat.

There is so much talent that shines through in this piece, from the perfectly timed strums on the acoustic guitar and the way the incredible vocals come in and the guitar riffs begin to get a bit quicker as the pace begins to pick up, but what really stands out throughout this whole track is the voice of IVORY BLUE, it’s grips you in so effortlessly.

This piece is one that deserves all the recognition that it gets, for being something that is already a hit in itself. It’s something that’s unique and stands out in it’s own way.

Check out IVORY BLUE’s most recent track alongside the music video for Elite Dreamland by heading over to YouTube now.