Up and coming Alt Indie Pop artist Blackstate has made their debut with the eclectically-inspired endearingly unforgettable debut EP “While the World’s on Fire”.

With the first track “Wolves” allowing you to dive in headfirst into the cathartic instrumental experimentalism and grounding lyrics. You instantly get a taste of Blackstate’s refreshingly distinctive songwriting approach. There’s a palpable visceral feel to each element of the soundscape, from the lyrics to the vocals to the melodies which carry the perfect pinch of melancholy while exuding fragile optimism.

The second track “Lost My Crown” will allow you to imagine what it would sound like if Elliott Smith experimented with synths. If I wasn’t emotional after the first single, I definitely was when I fell into the pensive grips of Lost My Crown.

With track three “The Arsonist” Blacktate has switched up their sound once more, offering a bass-heavy EDM-driven mix which incorporates elements of Darkwave EBM which wouldn’t sound out of place in a sticky goth club.

Track four “Tulips” offers yet another instrumentally-driven mix, this time, there’s elements of glitchy analogue beats which almost flirt with Drum and Bass yet the track never breaks from its mellifluous concordance.

The concluding single “Dancing Wolves” revives 80s Synth Pop under a brand new effervescent guise, if you hadn’t already warmed to the vocals and their charmingly devilish experimentalism, this is where it hits hard.

If you’re anything like me, you’ll deal with the fact that the world is a little bit depressing right now by immersing yourself in resonant music which makes you feel not quite as alone in your existentialism. For this purpose, I can’t recommend Blackstate enough. In their own words, here’s what they had to say about the EP:

“Blackstate is about Friday. Two o’clock. About almost surviving another day. Another week. About the weekend and about getting f*cked. About how social media is great. About eating a burger. About the “good life”. About cat videos. About being sane. About the fact that anxiety is perfectly normal. About the fact that insecurity is (not) a fear of the future self. About more cat videos. About not needing the truth. About being a wolf. About an angry emoji. Love emoji. About how this country sucks, but you’re really okay. You’re happy. You’re sane. One day less alive.”

You can check out Blackstate’s EP which dropped on January 25th for yourselves by heading over to Spotify.

Keep up to date with the latest releases and tour info from the band via Facebook.

“Hosting” is just one of the lucidly mesmerising singles which you’ll find on up and coming alternative artist Cowboy Black’s self-titled debut album which dropped in 2019.

Through a gorgeous mash of Pop, Trap, RnB, EDM, and Soul, Cowboy Black was able to compose an ingeniously cathartic debut record. While each soundscape is tension-strippingly sublime, there’s a palpably magnetic feel to Hosting which draws you right into the centre of the polished eccentric production which offers a full tonal palette. Even though there are hints of melancholy which will resonate through the lyrics, vocals, and slightly colder instrumentals, overall, Hosting exudes a tonally sweet and warm vibe which you’ll undoubtedly want to indulge in time and time again after you’ve heard it.

You can check out Hosting along with the rest of the album for yourselves by heading over to Spotify now.

If you’re anything like me, sometimes, you’ll feel a little like you’re living in a bubble, shielded from the world and all its varying atrocities and you’ll know just how sweet acknowledging that feeling is. That’s exactly the sticky-sweet vibe Font Leroy offers through this magnetic lullaby of downtempo Pop which carries the perfect pinch of Psychedelia which amps up the power of the trippy transcendent tones.

In short, it’s a flawless track and your blood pressure will probably thank you for having it on your playlists.

You can check out BUBBLE for yourselves by heading over to Spotify now.

Hannah Evans – Crying on Your Own: A Moody Alt Pop Playlist Essential

With the release of her third single “Crying on Your Own” Hannah Evans has proven once more that she possesses much more than hypnotic vocal talent.

The beguilingly dark soundscape is bordering on Lynchian, but amongst the deep pensive reverberance, the snappy EDM beats bring a vibrant vitality to the mix allowing the sentiment to hit even harder. Undoubtedly artists such as Billie Eilish have influenced the Brighton-based artist’s sound. But Crying on Your Own contains an equal measure of striking soul and moody unapologetic attitude affirming that assimilation was never her intention.

Artists who are as bold with their sound and visceral with their lyrics deserve an infinite amount of admiration. It’s only a matter of time before her expressively nuanced sound hits the mainstream.

You can check out Hannah Evans’ latest single for yourselves by heading over to Spotify now.

After hearing Vana Blu’s unforgettably soulful hit “T-Erase-Her” in 2019, we were all too eager to ingest his dulcet tones in his first single to drop in 2020 “Scarred”.

Once again, the London-based Pop artist had us instantly hooked into their indulgent genre-defying approach to music. Scarred may offer accessible and familiar tones from 90s Pop icons, but Vana Blu’s effervescent charm takes his sound to the next level.

Amplifying the commercial potential is the palpable sincerity behind each vocal note delivered in Scarred. As you can guess by the track title, the lyrics are fairly raw. Yet with the elements of Synth Pop, RnB, Soul, and Funk, the melodies in Scarred bring vibrancy and optimism to the soundscape.

It’s impossible not to warm to Vana Blu. So go ahead and get toasty by checking out Scarred for yourselves by heading over to SoundCloud now.

Everything about the standout track “Last Summertime” from Indie Soul Pop artist Emily Rodriguez’s EP “In My Head” feels refreshingly candid and authentic.

The organic magnetism can be found in the lyrics, the melody, and the expressively dynamic vocal harmonics. It’s an evocative aural hat trick which pulls together under complete concordance.

The simplistic natural rhythms are set to an even pace and allow you to easily ingest the undiluted sentiment which greets you through the lyrics. By the time the track has come to a close, you’ll see why Emily Rodriguez chose “In My Head” as an EP title. It’s an unfiltered, no holds barred sticky-sweet soul exposing record which will undoubtedly see the artist go far.

You can check out Last Summertime along with the rest of Emily Rodriguez’s EP for yourselves via YouTube.

Sarita Lozano has become an artist renowned for her hypnotically harmonic Alt Indie Pop vocal tones. Within her upcoming album “Lucid” they’re more polished and poised than ever.

Any fans of London Grammar are definitely going to want to check out the 13-track offering of mesmeric nuanced moody pop. Sarita Lozano’s vocals may be consistently soulfully evocative, but the intricately high-vibe high-tempo beats often sit in perfect contrast to the stylistic melancholy.

With elements of Jazz, Hip Hop, Soul and RnB weaved into the electronically orchestrated album, it’s a dynamic feat of Pop which affirms that the London-based artist is definitely one to watch in 2020. Get her on your radar.

You can check out Sarita Lozano’s engrossingly expressive Alt Pop album for yourselves by heading over to SoundCloud from February 3rd. In the meantime, you can check out her earlier releases. 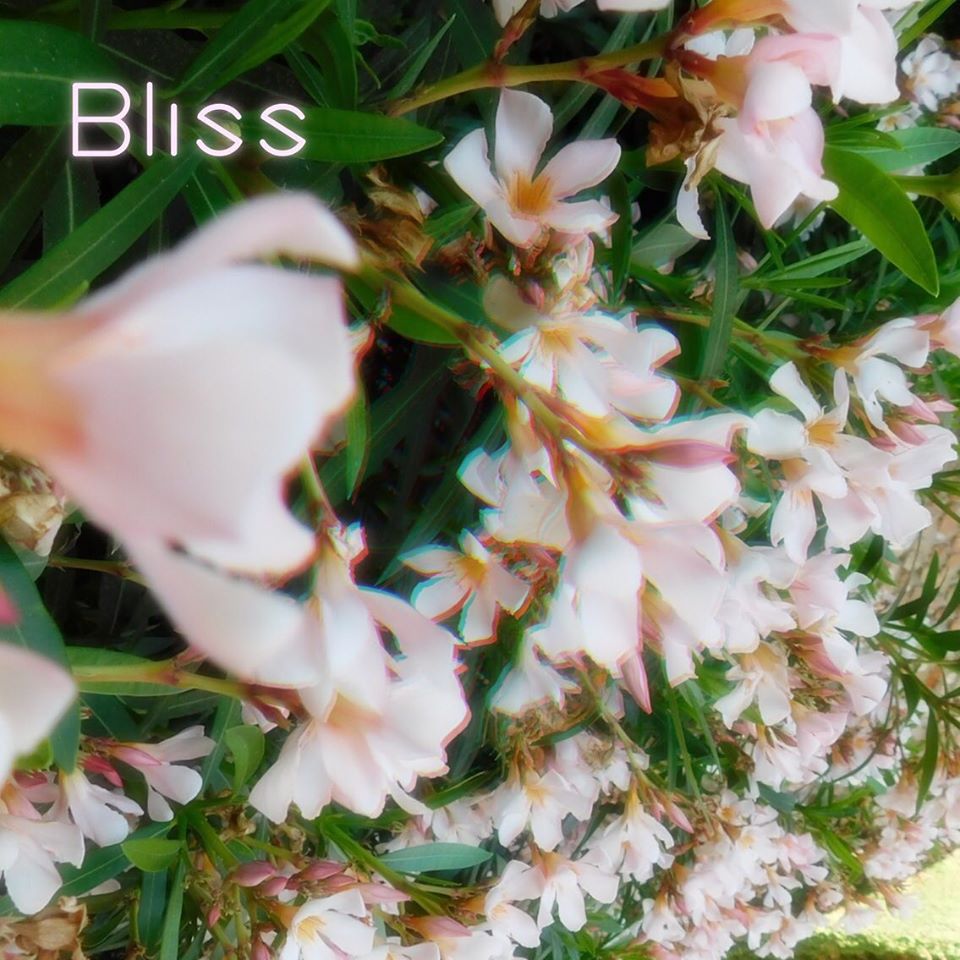 If you’re always on the hunt for striking vocals, prepare to be aurally pierced by up and coming Folk-Pop artist Amie K’s latest single “Bliss”

There may already be plenty of uplifting Pop singles on the airwaves. Yet Amie K was able to project euphorically-laced passion in a completely organic way which amplified the resonance in the bright mood-boosting hit. All too often emotion feels forced or plasticised. Yet, Bliss will leave you under the impression that it contains a piece of Amie K’s soul.

The single was inspired by the feeling of elation felt when you take a moment to reflect on your life with gratitude and get to experience that often inexpressible swell of visceral joy. Somehow, Amie K found a way to infuse that gratified ecstacy into a blissfully empowering soundscape which drips with commercial appeal.

You can check out Bliss for yourselves from January 24th via Spotify.

Keep up to date with the UK-based artist’s latest releases and news by heading over to their Facebook page. 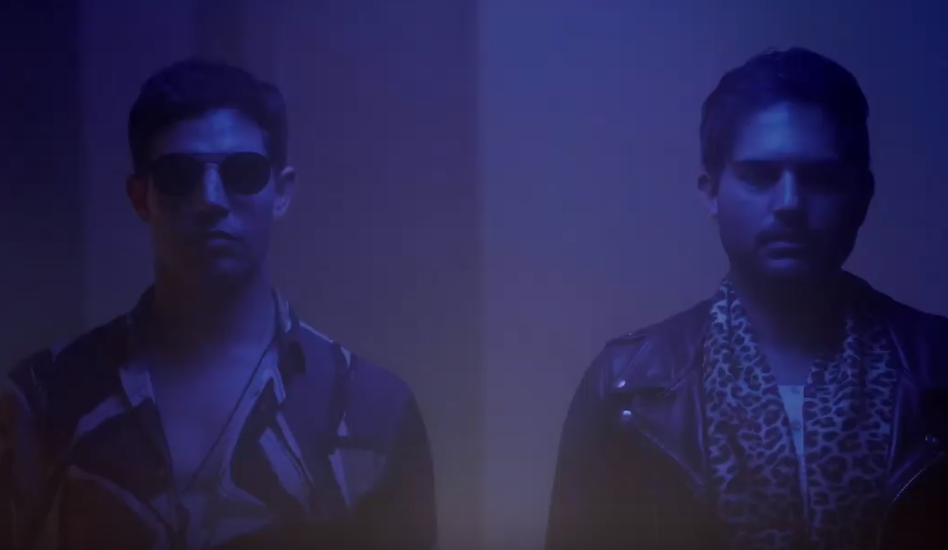 “Senses” is the recently released aptly-titled sensually-sublime feat of Indie Synth Pop from up and coming artist KINGDØMS.

All too frequently lacing a Pop mix with atmospheric mesmerism dilutes the danceability. But that definitely isn’t the case with Senses. The evocatively arrestive hit may take its sweet and rhythmic time before the euphoria really hits but meandering through the seamless progressive evolutions is an entrancing experience which you won’t forget in a hurry.

Not only is the production radio-ready. But it also allows the Alt Pop artist to lay down their signature smooth style which incorporates a nuanced infusion of Lounge Acid House into a Pop earworm which offers plenty of commercial appeal.

You’ll be able to check out KINGDØMS latest drop for yourselves by heading over the artist’s YouTube channel.

When a track title is as poetically curiosity-piquing as Alt Indie Folk Pop artist Wednesday’s Wolves’ latest single “But You Settled on Me Like Dust” pressing play and revealing the nature of the soundscape becomes nonoptional.

Our expectations were exceeded as frankly, there’d be no way of anticipating the effortlessly effervescent harmonies and the dizzyingly hypnotic allure. There’s a simplicity to their sound. But within the frill-free production is arcane alchemy which is poised and ready to feed you haunted yet optimistic alchemy.

The Oxford-based duo has been crafting concordantly ethereal tracks since 2013. Since their inception, they’ve mastered, matured and polished their sound and amassed plenty of hype around it. I can only imagine how haunting their live shows are. If they’re impressive enough to get on the BBC’s radar as one of the most promising up and coming acts, I’m sure they’re good enough for yours too.

You can check out the mesmerising hit for yourselves by heading over to SoundCloud.