In one of the most cinematic synthpop scores you could ever hope to immerse yourself within, Crossing Oceans, taken from Ivan Kangur’s 2022 album, Anno Domini, is an 80s soundtrack to synaesthesia.

After taking up classical piano at the age of 14 at the Royal Conservatory of music and working his way through his grades, he discovered his passion for composition, which ultimately saw him joining a new wave band in the 80s and film scoring. His third album, Anno Domini, is a continuation of his love of pop and sonic cinematics; from the first hammer of the analog synth, Crossing Oceans, keeps true to its titular nomination; the strident progressions break borders in the universality of their appeal. Delve right in; the water is lovely.

Crossing Oceans is now available to stream on Spotify.

After garnering tens of thousands of streams with his feel-good grooves released since his 2019 debut, the euphorically provocative pop sensation, Dante Beverley has declared The Party Never Dies with his latest single.

The 80s-inspired rhythmic riot exhibits a brand-new sonic signature that you’re going to want scribbled across your playlists; it also sets the tone for his forthcoming EP, due for release in early 2023.

The 22-year-old Rotterdam-hailing singer-songwriter takes influence from the likes of Bruno Mars, The Weeknd and Michael Jackson; notably, his inclination to enliven through disco and funk textures led the way in The Party Never Dies. Oscar Wilde would be proud of his revival of 80s synthy hedonistic pop.

The Party Never Dies is now available to stream on Spotify.

Connoisseur of melodic indie funk pop hooks, The Royal Leisure has tackled the human tendency of indecision with his latest nostalgically sweet single, Pastries. It will groove you right back to the synth-driven culture of the 80s, only after taking a pitstop in 90s noise rock.

The Hong Kong-based singer-songwriter (AKA Horace Tam), started the project with the inclination to offer a reflection point to listeners looking for a sense of perspective on themselves, the world, and all the connections we make along the way.

One thing is for sure; Pastries is a refreshing reprieve from the contemporary sonic trends. Its playful approach to aural nostalgia and even more affable inclination to drip some colour into your psyche while it forces you to question your tendency to want your cake and eat it won’t fail to stir your soul. The reprise of “this could be the only thing I want” around the endlessly ascending melodies makes for one hell of an oxytocin rush.

Take a bite for yourselves by heading over to Spotify.

SRRY poured optimism on our contemporary isolation in their latest indie synth-pop hit, Talk the Lonely Away

No track quite captures our contemporary isolated times as succinctly as the single, Talk the Lonely Away, taken from SRRY’s latest double A-side release, Sad But True.

The Phoenix indie synth-pop outfit transcended the contemporary curve with Talk the Lonely Away, which melodically explores the disconnections that have led many of us into a semi-reclusive state.

In a punchy power-pop meets 80s synth-pop fashion, the single optimistically celebrates the last remaining connections and the digital tethers that manage to keep us grounded. If listening to it doesn’t fill you with gratitude for the people in your life, you might want to check your pulse.

Talk the Lonely Away is now available to stream on Spotify.

Revel in the lovesick euphoria in Analog Beach’s synthpop-meets-indie-rock single, See You Tonight

80s synthpop grooves against angular indie-rock in the NJ-based up-and-coming duo, Analog Beach’s latest convergence of the past and future, See You Tonight. The vocal lines in the chorus easily become the sharpest of hooks, and that’s before you even get to the instrumentals that put white-hot guitar solos against colourful retro synths.

Fans of The Midnight, Wolf Club, and FM-84 will easily make a playlist staple out of this sweet affectionate hit, which doesn’t sugar coat affection. Instead, Analog Beach thrives while narrating just how emotionally crippling infatuation can be. Not all artists succeed in combining reality and romanticism, yet notably, Analog beach is anything but your average artist experimenting with tones and coming up with catchy lyrics. There’s substance by the smorgasbord in this euphorically bright hit that is sure to see the duo go far in 2022 and beyond.

The radio edit of See You Tonight is now available to stream via Spotify.

Poetry and Electronic Post-Punk Collide in The Ninth Configuration’s Latest Single, Love is a Want of Reason

If artists climbed the charts on the poetic intrigue of their track titles alone, the UK-based outfit, The Ninth Configuration, would never leave the top of the billboard charts with their latest single, Love is a Want of Reason.

Even before you hit play on the track, you’re desperate to hear what introspective gold is nestled inside. Hint, you definitely won’t be disappointed. The dark electronic post-punk single has exactly what it takes to win over Alex Cameron and Jack Ladder fans with the crooned indie post-punk vocals that effortlessly fall into the synthesised pool of relatable melancholia.

The official music video for Love is a Want of Reason is now available to stream on YouTube. 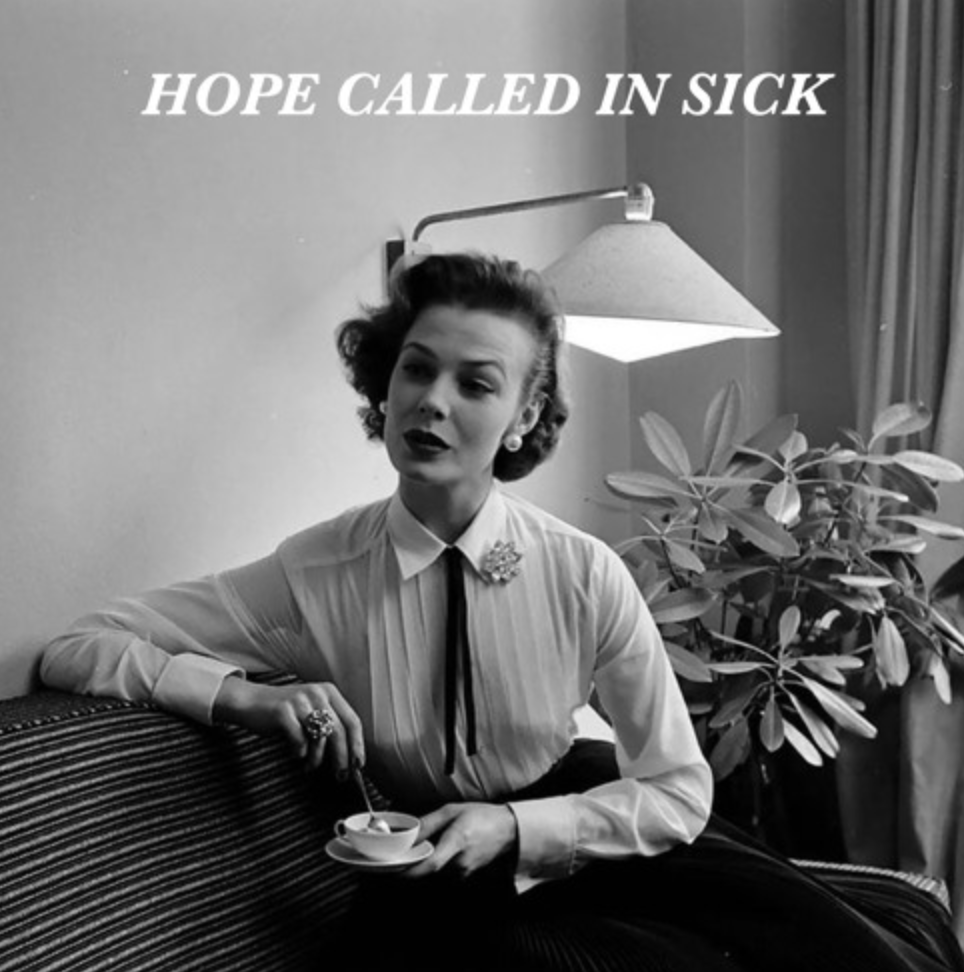 Iconic sonic palettes from the 80s and the 90s converge in Hope Called in Sick’s latest single, Lotus; the shimmering synth melodies paired with the layers of accordant shoegazey reverb made it a multi-stop nostalgia hit.

Plenty of contortions have been spun upon the 80s synth sound, but the husband and wife duo, Rob and Monica Schipul, managed to bring brand-new phantasmal energy out of it. Lotus offers a very different brand of ambience; one that reflects our modern malaise and the duo’s Jungian lens through which they see the world.

Check out the latest release from Hope Called in Sick on Bandcamp.

The London-based singer-songwriter Lilo has released her hypnotic hyper-synth-pop single, Everything I Ever Dreamed of.

London-based singer-songwriter, Lilo, is set to release her 80s synthpop anthem, Everything I Ever Dreamed Of, which brings hyper pop energy, sweet ABBA-Esque piano chords and artful vocal timbre that allows you to imagine how Florence and the Machine would have turned out as an 80s synth-pop outfit.

Under the lush layers of reverb, the dancey beats boast a hypnotic texture, making Everything I Ever Dreamed of the perfect multi-functional indie pop playlist staple.

I’ve heard my fair share of contemporary twists on the 80s sound in the last year; it is safe to say that none left me as enlivened by the ingenuity as Everything I Ever Dreamed of which is due for official release on October 22nd, 2021.

Before singer-songwriter and instrumentalist Peter Horton’s relocation from NYC to Tokyo, he performed with artists such as El Niño. After putting down roots in Japan and being inspired by the culture, he was ready to make his debut as a solo artist.

His debut album, Spirit of Inquiry, released in 2020, containing 20 tracks that meld elements of 00s alt-rock with 80s synth-pop. The lead track, Out of My Head, kicks off with angular indie jangle-pop riffs before the synths start to do the heavy lifting with the melodies while the guitars lace the soundscape with effervescently brash garage rock tones.

The eccentricity, combined with the sonic innovation, which Peter Horton brought to Out of My Head, will be a fresh experience for even the most discerning indie-pop fan. The lyrics are sure to resonate with anyone struggling to get back on track and feeling on top. Given that we have all just collectively endured a global pandemic, Peter Horton’s intended audience will have expanded exponentially.

You can check out Peter Horton’s debut album by heading over to Spotify.