When I first hit play on SWIFT LXVE’s latest Hip Hop single K.I.S.S. I dreaded being put through a below par production, yet I was proven wrong as soon as the Rap verses kicked in. SWIFT LXVE’s relentless rhythm becomes apparent when the pace picks up and he steamrolls into full flow. Whilst there was an individualistic magnetism to SWIFT LXVE’s Rap verses, I wouldn’t say that the beat is anything more than an assimilation of Soul Hip Hop sounds that we’ve been listening to since the 90’s. Whilst the production is flawless, I can’t help but feel that with if the track was a little fresher K.I.S.S. would have stood a much bigger chance of standing out amongst every other emerging Hip Hop rapper and producer in Brooklyn, New York. For me, K.I.S.S. wasn’t the standout single from the artists debut album ‘Hollywood’ was an infinitely stronger production which stood as a significantly stronger testament to SWIFT LXVE’s electric style.

You can check out SWIFT LXVE’s debut single K.I.S.S, along with the rest of his 2018 debut album ‘The Lxve Project’ on SoundCloud 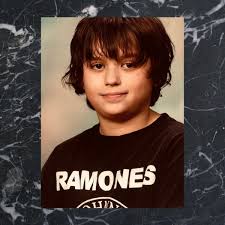