Albanian model and singer KleoNiki is the star of ‘UNITY’, accompanied by a spellbinding video

As wolves howl at the moon, Albanian model and singer KleoNiki sensuously moves from her bed to a dream space filled with arcane symbolism—and a beautiful message. “Look at what’s happening on Earth. Humans are living in separation. Let’s go on a mission to assist the evolution of consciousness,” she intones during a breakdown on the track. Her message of unity through love and an evolution of consciousness is a welcome one in these unsure times.

The video and song are a feast for both eyes and ears, and provide a promising taste of this Albanian polymaths’ potential.

Jindi wakes the dancefloor up with new release ‘Just A Dream’

It’s an impressive number from this artist who calls the UAE home: ‘Just A Dream’ is as infectious as it is absolutely gripping from its initial flamenco-inspired guitar work all the way to the rhythmic slap of the drums in that classic dancehall shuffle. Already having gained a fair amount of acclaim in his place of birth, this track shows a lot of potential starpower with a crossover appeal

Where the track shines monumentally, however,. Is Jindi’s ability to propel his voice into a perfectly pitched and powerful chorus. This kind of vocal talent just isn’t something we’re seeing everywhere, and helps Jindi (no matter the genre) apply his musical nous to almost any genre with ease. Here, however, we recommend ‘Just A Dream’ to start yourself on a journey you don’t want to wake up from.

You can listen to ‘Just A Dream’ on Jindi’s YouTube channel here.

The sense of loneliness and despair is apparent with ‘Reflections’, and with vocal drawls drawing comparisons to the like of Pearl Jam’s Eddie Vedder – Echoes of Her takes listeners on a dark, loud and grinding road. Not like many other releases on our calendar, it’s perhaps that melancholic guitar dread would be a suitable sub-genre for this style of emotional and highly affective rock.

If you’re into experimental rock with lots of howls, guitars and drama – Echoes of Her are well worth looking into with this latest release. Just don’t stand in the mirror too long.

You can listen to ‘Reflections’ on Echoes of Her’s Spotify page here.

It’s hard not to revel in ‘Revererie’ – with a crunching grunge tone driving up against the clean, powerful vocals of Perfect Pill’s lead singer. Its sombre, minor led melodies give way to heaps of emotional lyrics portraying a ghoulish sense of beauty within the track and proves this Hungarian band easily have the nous and songwriting smarts to gain a broader cross-country appeal for alternative and underground

If you’re a fan of alternative grunge with a markedly exoctic oeuvre to it, look no further than ‘Reverie’. It’s heavy, it’s emotional and provides all of the release to the angst that’s been bubbling beneath the surface of many in one, fell, three minute swoop. Definitely check it out.

You can listen to ‘Reverie’ on Perfect Pill’s Spotify page here.

Extremely sensitive to the latest events caused by the spread of Coronavirus, Estella Kirk drops her first single Shelter in the Storm

Dreaming of becoming the next pop star and about to release her debut EP in 2020, up and coming artist Estella Kirk drops her first single Shelter in the Storm, written in collaboration with Kira Fontana of Kingdom Sound and produced by Josh “Igloo” Monroy.

Extremely sensitive to the latest events caused by the spread of Coronavirus, Estella has been looking for security, truth and shelter in a world of chaos where she’s found her safe spot in God. In this regard, the storm she sings about is the panic and fear that the virus has spread, but someone is always here to give us peace, to help us find shelter in the storm: the Lord Himself.

Evocative and hopeful lyrics are introduced into a mellow pop dimension with wider harmonies in the choruses as to give us the feel of a divine presence that acts in intervention.

You can listen to Shelter in the Storm for yourself on Youtube. 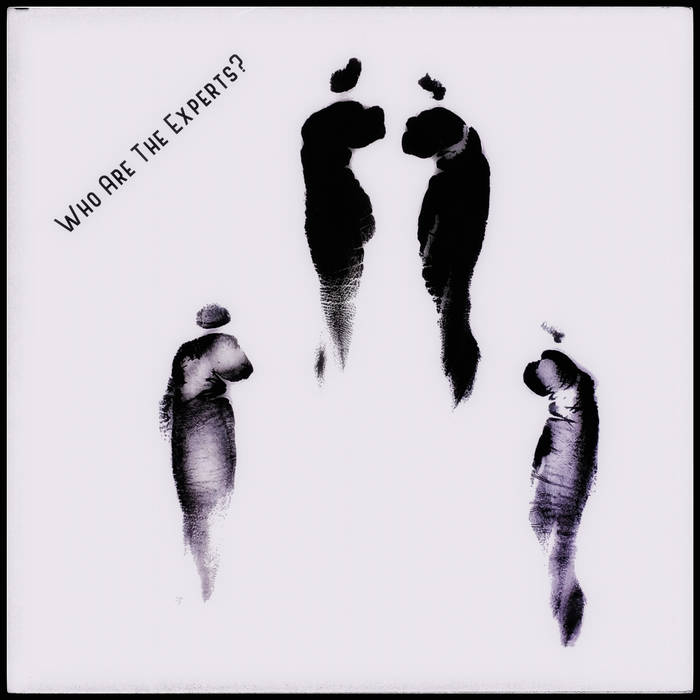 Echoes of Thom Yorke’s first forays into the solo musician sphere become increasingly apparent as ‘Render’ rides to its completion. ‘Render’ is a soulful, downtempo electronica-infused track with some neatly arranged vocals from Dizmation and its ability to create a melancholic, indie-vibing atmosphere is very apparent.

‘Render’ picks up steadily as it progresses, helping harmonise Dizmation’s mournful vocals with some throbbing bass lines underscoring the moody-yet-optimistic overtures. It’s a track definitely worth putting on a solo-walk playlist and is masterfully produced with each frequency popping in just the right way.

You can listen to Dizmation’s ‘Render’ on the artist’s Bandcamp account here.

Irish singer and songwriter Omo Aston has dropped his new single Man On! from the EP Sooner Than You Think.

Unfolding from Afrobeat sounds rooted in his Nigerian descent and outlining a paramount part of the arrangement, the song is like a gust of fresh air for an R&B-derived hip hop effort to the likes of artists such as Kendrick Lamar and Frank Ocean. Despite being in the scene since only 2018, Omo Aston prides himself on having achieved thousands of streams without any other support but his talent and an ever-evolving sound that gets to explore features of Soul and even Jazz.

While still being an emerging artist, he’s already gained awareness and appraisal by Irish urban magazines, and it’s fair to expect he’s going to deliver on that pledge in his upcoming project in 2021.

But for now, you can head over Spotify and check out Man On! for yourself.

Is there a sound more instantly pleasurable than an electric guitar being strung? I’m not sure, but Chris Birdsall makes a strong case for ‘no’. His measured playing and especially raw vocal treatment instantly recalls blues rock revivalists The Black Keys—not just sonically, but also in the sense that Birdsall knows how to write catchy, ear-wormy melodies that sound anything but warmed-over.

You’d have to be at least dumb to not want to spend three and a half minutes with this focused, well-produced gem of a track.

“Batnip for Goths” is how the band describes themselves and I couldn’t have put it any better myself. ‘’12 Long Years’’ is the new release from ‘Hurtsfall’ and it’s a solid release from the 3 year old act.

A post-punk band, with gothic overtones and synth-pop influences, this is a band that is rising through the UK ranks and shows lots of potential for greater things.

I’d like to witness the band live myself to get a better feel for them as the word on the street is that they put on quite a show. That’s the point really, recordings are great, music videos even better but where a band really earns their stripes is what happens live.

‘Hurtsfall’ might not be everyone’s cup of tea but I doubt they care much. They have a loyal fan base and that is what matters. Look out for their progress and let’s hope to see them at a live show soon and many festivals in 2021.

Stream more of the UK band right here on any platform you wish.