At a point where gentle and drifting Americana meets ambient folk music and discerning indie explorations hook up with the infectiousness of pop, you find The Real Shade and songs such as Moving Gaze. It is a wonderfully lyrical creation and as part of the album Horizon Diaries forms part of a musical montage which explores all aspects of our world. Accompanied by a video which follows a film makers documentation of the diversity of our world and the people in it, the song becomes a soundtrack for how amazing, disparate, poetic and amazing the human population is.

This is a song of subtleties and understatement, of deftly and lightly woven musical threads, it tips its hat very openly to European folk traditions as much as it does a more countrified origin, is both dream like and grounded, worldly and often otherworldly. That’s a lot to fit in to one song, especially considering how much space they leave in the song. Some songwriters can just make a good idea go a long way.

Welsh Folk Singer-Songwriter Osian Rhys released their latest single “The Ballad of Mr Withers” on November 7th ahead of their upcoming EP “Autumn Shades of Gold”. With artists such as Bill Ryder-Jones influencing their hauntedly pensive style, it came as no surprise that it was such a hard-hitter.

Even before the semi-orchestral swells faded in to douse the already morose soundscape with even more striking evocativeness, the tenderness of the acoustic guitar and Osian Rhys’ vocals came together to create an ethereal aurally alchemic single.

Bill Ryder-Jones doesn’t fail to bring a tear to my eye, and neither does Osian Rhys. Yet, the soundscape still boasts plenty of distinction as the Ballad of Mr Withers unfolds with an archaically cinematic feel which you definitely don’t get to hear every day.

You can check out the Ballad of Mr Withers by heading over to Bandcamp now, the rest of the EP is due for release on December 13th.

The US-based fourpiece is quickly becoming renowned in NYC and New Jersey for their tensile ability layer their soundscapes with plenty of Funk and Soul whilst simultaneously offering the listener to that gritty euphoria which can only be found in filthily cutting guitar licks. And with the vocals sitting in perfect synergy with the tight instrumentals, you really can’t go far wrong hitting play on In the Shade if you’re looking for some hazy catharsis.

You can check out the latest single from Victor Frankenstein for yourselves by heading over to Spotify.

Whilst the prelude to Blue Midnight’s latest single Nightshade starts off as a polyphonic progression of 80’s synth nostalgia, when the track kicks into gear you’re left with a raucously crunchy anthem amplified by a stark contrast in vocals. If you could imagine a vocal style purer and more captivatingly innocent than Paramore’s Hayley Williams or the rest of the Alt-Rock female vocalists you’d almost be able to get an idea of the ethereally stunning harmony which bleeds from the vocals.

Through the instrumentals you’re treated to swathes of high-octane reverb which usually belongs in the Grunge arena, yet as the track draws to a close the instrumentals get stripped back to classical strings as you’re hit by the full weight behind the vocals. Yet that’s not quite as stunning as the guitar riffs that draw the track to a blinding close.

If female-fronted metal is your bag, you can check out Blue Midnight’s latest single Nightshade for yourselves by heading over to YouTube now.

I’ve never listened to something so beautiful like this in a long while.

If you’ve  neither heard silence ring out so loud like a bell nor unaware of what the silent sound of depression can cause, then you need to take a cue from Tommy-G’s “Mr. Popular”.

Everything comes with a price, even being famous and popular can sometimes be a bane. This track reveals quite a lot about the price of being famous in a blunt and a radical way.

The song started off with the morning drive show with Kanye being artist that was been interviewed on the radio show.  Yeah as you all know, Mr. Kanye’s got his own drama at times but this song indeed proved that truly  there are three sides to every story.  This song taught me that sometimes, being dramatic and tactfull is a good charade and tactics that’s capable of preventing oneself against the preying eyes and uproar of the crowd.

There are plethora of deep quotes and lines in this song that can really get you thinking “‘cos as a rapper you are still losing even when you’re winning” .  It’s been a while I come across this kind of songs and I’m so damn glad that I found this song.

Tommy-G is a very talented rapper who has all it takes to become the the next most revered hop hop artist in the industry. He’s got the raw talent, the witty attitude, the creative imagination of breathing forth to life, something spectacular and amazing. I so much enjoyed his style of rap and choice of word. Tommy-G might be the next Eminem we’ve all being desperate to discover.

The flow of this song is awesome, the rapper graciously took on a journey with this song and revealed many things about the price of being famous and popular.

TOMMY-G IS A RAPPER WITH A DIFFERENCE. Y’all should go check out this song. It’s worth been added to your G.O.A.T music collection.

Enough of the booty and anaconda milk shake, it’s time to feel refreshed with a whole new intelligent and meaningful song from a creative artist.

Now we’ve got something real and insightful to sway us right off our feet. Sydney based musician LISHI, AKA Eleanor Dunlop, dropped her new track, “Dropping back” and it’s in all shade of awesomeness.

“Dropping Back” was released on the 23rd of March 2018. It’s an amazing creative song that breaks all the status quo to set up a new benchmark for itself. It’s in no way saddled with the mandate to kow-tow to everyone’s kind of song preference. This song is perfectly made for those that are actually moved by creativity and as well as those music enthusiast who personally have that special trait of discernment.

The multi-talented artist, LISHI, released the aforementioned ‘Dropping Back’ single nearly twelve months ago and it has now had over 250,000 streams on Spotify. Since then, she is known to produce a set of truly uplifting tunes that blend Classical, Electronic and the National Geographic and the result is an almost perfect, future pop dream musical.

“Dropping Back” is a lush cinematic pop that is both intimate and otherworldly. ‘Dropping Back’ effortlessly collates sounds such as a smooth melancholic jazzed soundtrack, a whip crack of tragedy and a soliloquizing aura.

The song started off rather slow with that kind of emotion that runs wild when one listens to Lana’s Summertime Sadness. “Dropping Back” is a song that’s quite different from whatever you might have perceived of it at first glance.

It has this sadness and bitterness smooched all over its lyrics but yet, still an interesting song that probably can get someone who has experienced or at least can relate to the message the artist was passing in this song; to tears.

LISHI always have gotten her inspiration from artists such as Air, Roy Orbison, Lorde, Nina Simone, Nirvana, Grimes and Chopin.

This artist might as well be termed to be in the league of those artists whose songs can easily get to let go of a teardrop.

The chorus of this song feels like catharsis, and you can almost feel that someone is being exorcised. Even if you can’t relate to that, there’s this particular trait that is apparent on “Dropping Back”; it’s the guilt and the sheer intensity of emotion that is enough to suck you into the song in an attempt to understand more clearly what the artist is feeling.

There’s really no fancy gimmick here, this song’s technical simplicity and the creativity of the artist is reason enough for you listen to this song. The end result is a song that is caustic, emotion-filled and overwhelming.

As soon as Week of Grace begins pouring from the speakers you know that you are on to something a bit special here. Special in that, far from being just another singer-songwriter, indie girl with guitar, or in this case guitarist,  August instead seems to build music from fractured emotions, deep thoughts and sad realities. She has the ability to shimmer like the light catching broken glass, chime like distant church bells in the deep of night and ooze lyrics which are as much about the voice as an instrument as they are about communication.

There is a wonderful blend of light and shade, of lushness and minimalism, hazy warmth and sharp edges that evokes bands such as The Sundays or Mazzy Star at their most minimalist, that same honesty, the same openly worn emotions. Musically August wanders between the enigmatic and the unutterably beautiful, uses simple guitar chords to frame her words, is sometimes direct and sometimes you feel that you are accidentally listening in to a very personal conversation. Never has so little gone so far. 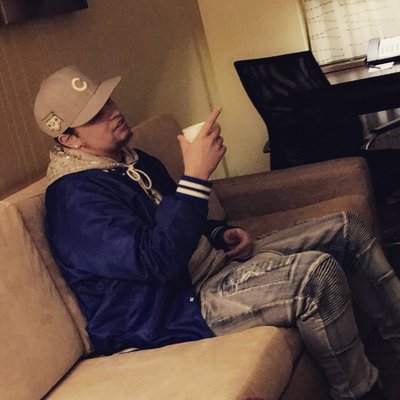 AYE FIB’s new album is all shades of awesomeness. The songs in the album are perfectly placed in the archive of Hip-hop and Rnb genre. The album, however, just like most other hip-hop songs have many explicit languages that are used in it but it’s got quite a lot of nice songs in it. I personally love “Vroom” and “Issa Wrap” tracks.

It a rare thing to see hip-hop artist switch to a different style of rapping in their album and AYE LIB nice demonstration made it look like it’s not really a nut that’s so hard to crack.

From its Inception, the first song on the album “Laz Gang” was mired in dissonance, it started off sparingly, and the sound was meagerly pitched and represented. Although after some few minutes, the song got back to its fine tune. The subsequent songs are well laced if you somewhat was able to love the first song then you’ll surely fall in love with rest of the songs.

There’s a sense of purposefulness in this album, it’s got a ferocious and uptight lead off song although there are some minutes of poor sound issues and vocal clarity experienced.

“Animal” on its own is a gripping, enthralling and a beautifully laid song which has a consistent sound behind its plethora of high-pitch cameos. There’s a stylistic ink that binds everything together in the song “Vroom”.

Most of the songs in this album are ostensibly well pitched; the beats are like the normal rap hip hop beats that’s well mastered and smooth. Virtually everything comes with an array of super high vocal that can coherently cause a ripple effect in the mind of its listeners.

The album track list includes: Laz Gang, Issa Wrap, I told em, I’m back, Vroom, Hittin my line, Animal, Either way, Make it rain, and the last but not the least; Rollin.

This album has in stock a good collection of nice and frenzy hip hop/rap songs that will interest you. Be sure to check them out here